Feds must tell Ontario to phase out gas power

Published On: January 4, 2022
With Ontario once again threatening to derail Canada’s efforts to address the growing threat from climate change, it’s time for the federal government to make it clear that every province needs to do its share to prevent a climate catastrophe.

Ontario’s plan to rapidly increase use of gas-fired generating plants couldn’t come at a worst time. As the federal government finally gets serious about meeting long overdue emission reduction targets, Ontario will be moving in the opposite direction with soaring emissions from electricity production. 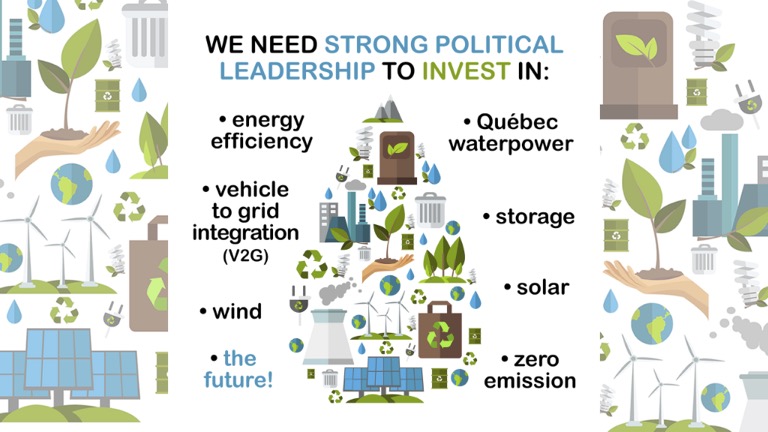 The federal government needs to send Ontario a clear message that allowing gas plant emissions to rise by more than 600% by 2040 is not acceptable in a world where there is already too much carbon in our atmosphere.

Here’s what the feds can do to move Ontario in the right direction:

·       Create a Clean Energy Standard that requires Ontario to have a zero-emissions electricity system by 2030. This represents a “fair share” action for a province that relies on fossil fuels for just 6% of its electricity production currently, and will stop Ontario from moving in the wrong direction and undercutting the efforts of other provinces.

·       Make all of the GHG pollution coming from Ontario’s gas plants subject to the full federal carbon tax. Exempting the vast majority of gas-plant emissions makes no sense if we want to send a clear signal about the need to move away from fossil fuels. With low-cost renewable energy sources now plentiful, there is no need for a sweetheart carbon tax deal for gas plants.

·       Direct the Federal Canada Infrastructure Bank (CIB) to put its money behind building stronger interconnections between provinces rather than providing support for a gas-power export line under Lake Erie. The CIB needs to get its priorities straight, and its first priority should be supporting decarbonization, not making it easier to export dirty gas power from Ontario.

·       Make the most of electric vehicle (EV) investments by supporting the development of bidirectional charging infrastructure. Now is the time to get our EV infrastructure right and to get the biggest carbon reduction bang for federal bucks by making sure that EVs can be used to store and share power, not just charge up.

What you can do

Please send federal Environment Minister Steven Guilbeault a message urging him to use these levers to get Ontario back on a carbon-reduction track.  We have less than a decade to dramatically reduce climate damaging emissions and cannot afford to have Canada’s biggest and most powerful province backsliding on climate action.

You can read our letter to the Minister here.

Thank you for making the time!

Getting Ontario to a Zero Carbon Electricity Grid by 2030

Too good to be true, but it is

Feds must tell Ontario to phase out gas

Feds must tell Ontario to phase out gas power

Help us move onto a renewable future