Yesterday the so-called “Independent” Electricity System Operator (IESO), under the helm of climate denier Joe Oliver, released a report that seems more like a pre-Halloween prank than a serious analysis of how Ontario can lower its climate pollution by phasing out gas-fired electricity generation. 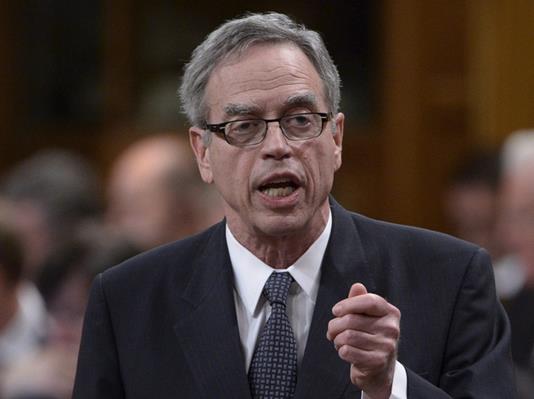 According to the simplistic, biased and fundamentally flawed report, phasing-out Ontario’s gas-fired power plants by 2030 would lead to blackouts and skyrocketing electricity bills, though the evidence for these conclusions is entirely lacking. On blackouts, the IESO acknowledges that this would be due to Ontario falling short of needed supply by 4/10th of 1% – hardly an impossible problem to solve.

One of the biggest scare tactics the IESO adopts in this report is its claim that Ontario would have to spend close to $6 billion to develop some unknown new massive electricity storage system to phase-out gas power. Apparently in its rush to put the worst possible face on the idea of a gas plant phase-out, the IESO didn’t have time to read the MIT report on how Quebec’s existing water power reservoirs are the lowest cost storage option for wind and solar energy.  Nor did it give a single glance to using electric vehicles’ batteries to provide power to the grid during peak demand hours, despite the fact that by 2030 the capacity of our electric vehicles’ batteries will be more than double the capacity of our gas plants.

What is truly scary is that Doug Ford and the IESO are planning to increase the greenhouse gas pollution from Ontario’s gas plants by more than 500% by 2040! According to their plan, up to 24% of Ontario’s electricity generation will be supplied by our gas plants – up from 6% in 2020. The IESO has made it clear that it just doesn’t understand the current climate crisis and the importance of meeting even Ontario’s extremely modest climate targets.

The IESO issued its report in response to calls for the phase-out of Ontario’s gas plants by 31 Ontario municipalities that represent over half the province’s population. With this report, the agency has essentially ignored the climate crisis concerns of the 31 Ontario municipalities who have called for serious action on fully decarbonizing our electricity system and preventing a huge ramp up in gas use. The people of Ontario deserve better.

The IESO’s report has the following fundamental flaws.

1.     It failed to analyse how the gas plants’ pollution could be returned to their 2017 level asap as requested by Ontario’s municipalities.

2.     It failed to assess our reports and submissions on how Ontario can achieve a complete gas plant phase-out by 2030 and lower our electricity bills.

3.     It failed to analyse the potential for Quebec’s hydro-electric reservoirs to act like a giant battery for our wind and solar energy despite the findings of an MIT study that this is the lowest cost storage option for wind and solar.

5.     Instead, it assumed that Ontario should pursue an unknown storage technology to provide 6,000 MW of capacity at a cost of $5.7 billion.

6.     It failed to analyse the potential for harnessing all of Ontario’s cost-effective energy efficiency, solar and wind energy resources.

7.     Despite claiming that its report favours “the least expensive supply options”, its proposed new supply mix includes a 300-megawatt small modular nuclear reactor, at a cost of $3 billion, while noting that this “technology is currently in development.”

In conclusion, instead of producing a comprehensive, unbiased and fact-based analysis of how Ontario can phase-out its gas plants by 2030, the IESO staff have produced a political report in an attempt to justify Doug Ford’s plan to ramp up our gas plants’ greenhouse gas pollution by 500% or more by 2040.

What You Can Do

Please contact Ontario’s Energy Minister Todd Smith and ask him to direct the IESO to develop a serious plan to return our gas plants’ greenhouse gas pollution to their 2017 level asap and to achieve a complete gas plant phase-out by 2030.

The smart way to lower the cost of housing

We have never needed you more

Doug Ford needs to support you, not oil companies